Dua Lipa has teamed up with Bond NYC to release a charity t-shirt in aid of the victims of the Albania earthquake.

The ‘New Rules’ songstress, whose parents are Kosovo Albanian, shared the t-shirt design on her social media. She confirmed that 100% of the proceeds will go to the victims and families of those affected, helping to rebuild homes and the community.

The 6.4 magnitude earthquake occurred in Albania during the early hours of the morning on November 26, whilst most people were still asleep. It was the strongest tremor to hit the country in decades, killing 51 people and injuring hundreds more. It also left more than 14,000 people homeless due to the extent of damages to buildings in the community.

To read the full story on Celeb Mix, click here. 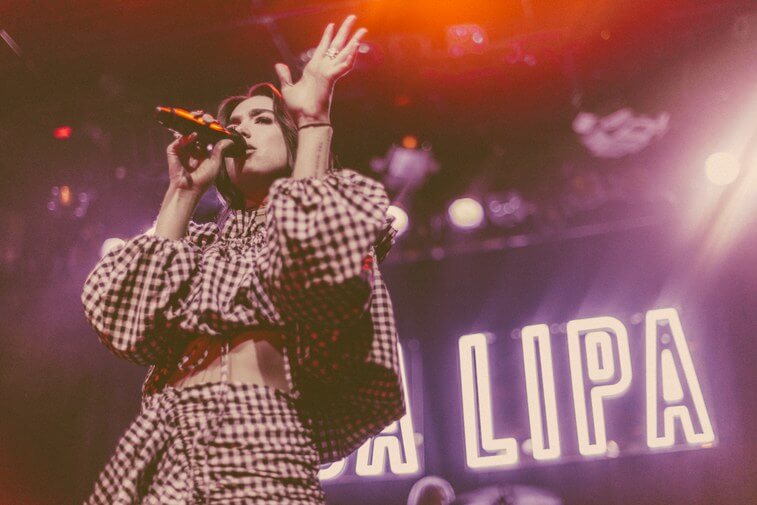 DUA LIPA ON HER DEBUT ALBUM AND HER FOUNDATION IN KOSOVO

At just 21 years old, Dua Lipa is in the middle of headlining her first North American tour, and just several months away (June 2 to be exact) from releasing her debut album. “It’s surreal,” the Londoner says as we sit backstage ahead of her sold-out New York City show at Irving Plaza.

Onstage, Dua has a larger-than-life personality, dancing around in sky-high platforms with a raspy voice that commands attention. But when we meet, she instantly puts us at ease with a huge smile, chatting away about her excitement for being back in New York. “I love it here,” she says. “It’s a bit more hectic than London, but I love that so much and it’s always fun coming back.”

To read the full story on Teen Vogue, click here.

In 2016, English singer, songwriter and model Dua Lipa established Sunny Hill Foundation, a charity organization set up in Prishtina-Kosovo dedicated to being a helping-hand for the most vulnerable and in-need parts of the community. As its ultimate mission, Sunny Hill Foundation states, “We want to reduce poverty and injustice, strengthen democratic values, promote international cooperation, and advance human achievement.”

In an interview with Clash Magazine, the rising star explained in depth one of the highlights of her career to date, when she returned to South East Europe for the first time in four years. Lipa organized a show in Kosovo’s National Park, with all proceeds going to Sunny Hill Foundation, named after the neighborhood her parents grew up in.

To read the full story on Borger Magazine, click here. 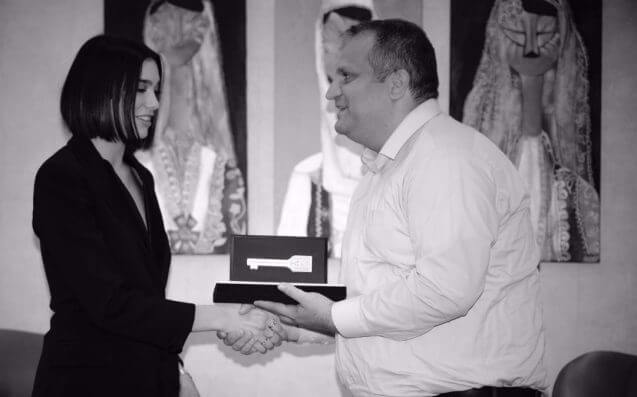 Absolute powerhouse Dua Lipa has received the first-ever key to the city of Prishtina, Kosova – the artist’s hometown where she spent a good chunk of her life after the family moved there from London in 2008.

In Australia at least, copping a key to the city means you’ve been one heck of a quality ambassador for your city and an upstanding citizen – I’m going to say Lipa very much meets the mark.

The 22-year-old is currently in the city for the Sunny Hill Festival, fronted by Lipa and organised by her father Dukagjin Lipa.

To read the full story features on Pedestrian, click here.

Dua Lipa and her father, Dukagjin Lipa, have organized the annual charity festival in Pristina “Sunny Hill”. And as they promised, they gave 100,000 euros for charity. This money will go to cultural events and to music schools in Kosovo. I want to share a post on Instagram, showing gratitude to the supporters of this event. 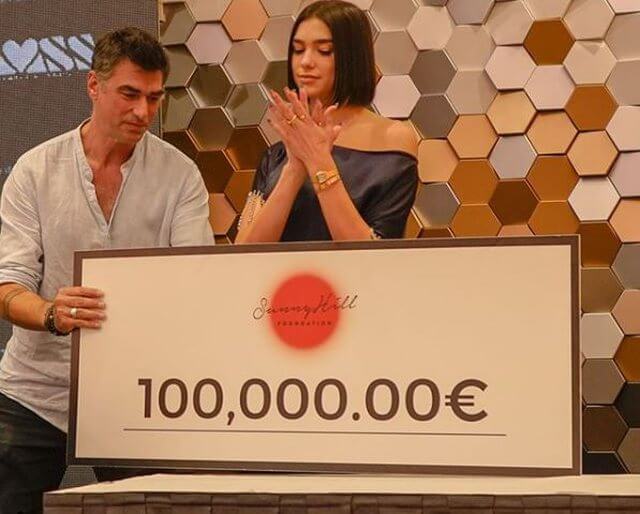 DUA LIPA HOLDS THE PROMISE: DONATING €100,000 FOR CHARITY IN KOSOVO!

Through a post on Instagram, Dua Lipa thanked all the supporters of the Sunny Hill Foundation for organizing charity events and art support in Kosovo.

“Thanks to everyone for the support of the Sunny Hill Foundation and the Sunny Hill Festival has distributed € 100,000 for charities, cultural events and music schools in Kosovo. We sincerely thank you for your help and wish you a long life together for the advancement of Kosovo’s art and culture and youth. ”

To read the full story features on Anabel, click here. 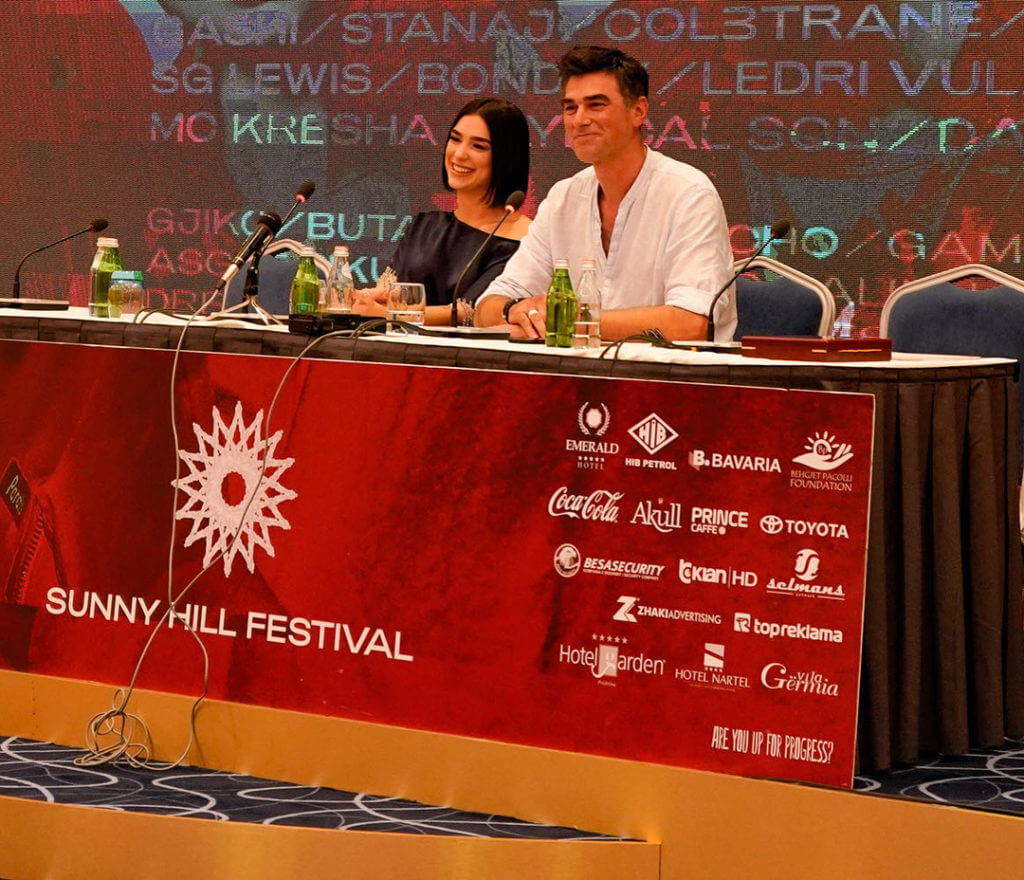 DUA LIPA: “SUNNY HILL FOUNDATION” HAS GIVEN 100,000 EUROS FOR CHARITY

24 hours until Dua Lipa is set to perform in Prishtina.

She has had time to thank everyone for the support given to this event that is expected to be magnificent. According to her, so far have been given over 100 thousand euros of charity, cultural events and music schools in Kosovo.

Lipa with a post on her “Instagram” account thanked for the help of 100,000 Euros. “Sunny Hill Foundation has distributed 100,000 euros for charities, cultural events and music schools in Kosovo. We cordially thank you for your help and wish you a long life together for the advancement of Kosovo’s art, culture and youth.” 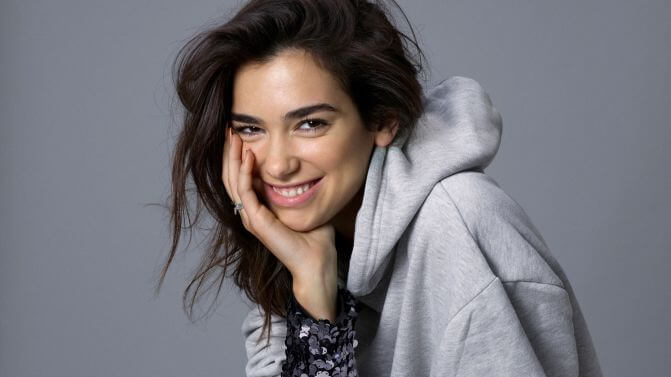 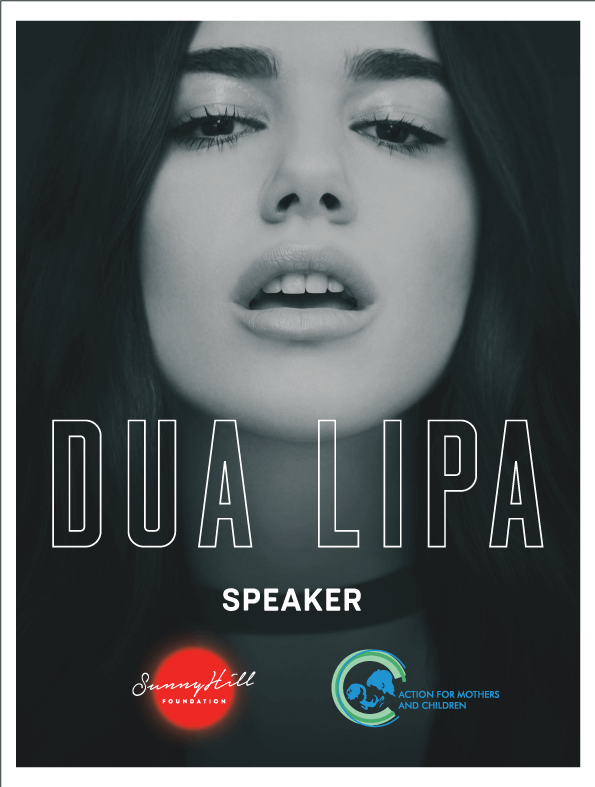 DUA LIPA JOINS THE FUNDRAISING EVENT IN NEW YORK TO SUPPORT MOTHERS AND CHILDREN IN KOSOVO.

Sunny Hill Foundation and Dua Lipa are joining the charity event in New York at the Russian Tea Room, 2 November, to support mothers and children in Kosovo.

The Fundraising Reception hosted by the Foundation “Action for Mothers and Children” aims to raise awareness and necessary funding for the continuation of its health programs to improve the lives of mothers and children in Kosovo.

The highlight of this two-hour cocktail reception is the Keynote speech on the importance of building Kosovo – U.S. relations and friendships, by Mrs. Valerie Rockefeller Wayne, Chair of the Rockefeller Brothers Fund.

Cocktails, hors d’oeuvres, dancing and networking will be part of the event, as well as other surprises to be presented at the reception.

The Benefit is Co-Chaired by:

Dua Lipa’s first ever concert in Prishtina has turned out to be one of the biggest concerts that this city has experienced. With almost 20,000 fans from all over Kosovo, this joyous event will never be forgotten. All revenues of the concert are donated to the Sunny Hill Foundation.

We would like to thank everyone that was involved in the success of this charitable event. Thanks to all the donors, without whom this concert would have not been possible. A big thank you to Birra Peja and Municipality of Prishtina for massively supporting the event. Last but not least, thanks to all the Volunteers who have worked so hard in making this concert a night to remember.